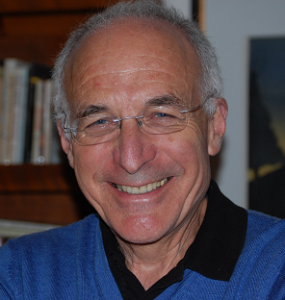 Presenting the conference: “Yellow Fever: Creature from the Black Lagoon”

THOMAS P. MONATH, MD
CHIEF SCIENTIFIC OFFICER (tom.monath@crozetbiopharma.com)
Dr. Monath is an internationally renown virologist and vaccinologist with over 50 years’ experience in research on viral and bacterial diseases, 25 of which have been in the vaccines industry. His expertise spans discovery research and all functional areas of product development. He has worked in leadership positions in US government agencies and in the biotechnology sector. He had primary responsibility for bringing a number of innovative vaccines into clinical development, including Ebola Zaire, cell based smallpox, dengue, Japanese encephalitis, West Nile, cytomegalovirus, influenza, live and inactivated yellow fever, Helicobacter pylori, Clostridium difficile, four of which are now licensed and commercialized. Before forming Crozet, Dr. Monath was CSO and COO of BioProtection Systems, the infectious disease subsidiary of NewLink Genetics, where he led the development of the recombinant vesicular stomatitis vectored Ebola vaccine funded by BARDA and DTRA in partnership with Merck, and he initiated and led development efforts on a new Zika vaccine. Prior thereto he was Chief Medical Officer of Hookipa Biotech, Juvaris and Xcellerex and between 1992-2006, he was CSO and an Executive Director of Acambis (ACAM:LSE) prior to its acquisition by Sanofi Pasteur. In that position he developed a novel platform for vaccine development (ChimeriVax™), and brought 3 human and 1 veterinary vaccine through regulatory approval, including ACAM2000® smallpox vaccine under $500m development and procurement contracts from HHS. He currently serves on the boards of Juvaris Inc., Sentinext Plc, and US Biologic Inc. and on the Scientific Advisory Boards of RapidMicro Biosystems, GeoVax and SutroVax. Between 2006-1012, Dr. Monath was a Partner at Kleiner Perkins Caufield & Byers, a leading venture capital firm where oversaw investments in the vaccine space. Before joining industry, Dr. Monath served in the uniformed services of US Public Health Service and the US Army for 24 years, retiring as a Colonel. During that time was Director, Division of Vector-Borne Viral Diseases at the Centers for Disease Control and Prevention (CDC) and Chief, Virology Division at the US Army Medical Research Institute of Infectious Diseases (USAMRIID).

Dr. Monath received his AB degree from Harvard College and his MD from Harvard Medical School and is board certified in internal medicine. He has received many prestigious awards, including the Nathanial A. Young Award (1984), the Richard M. Taylor Award (1996), the Walter Reed Medal (2002) and the James H. Steele Gold-Headed Cane Award (2015). He has served on numerous government and international committees on infectious diseases, biosecurity, WHO expert committees and the National Vaccines Advisory Committee (USA), and is Past-President of the American Society of Tropical Medicine and Hygiene and an elected Fellow of the Society. He has been a leader in and founding member of the One Health Initiative and is an expert in arthropod-borne viruses. He has published over 425 scientific papers and 6 books on virology and vaccine development and has 35 patents.